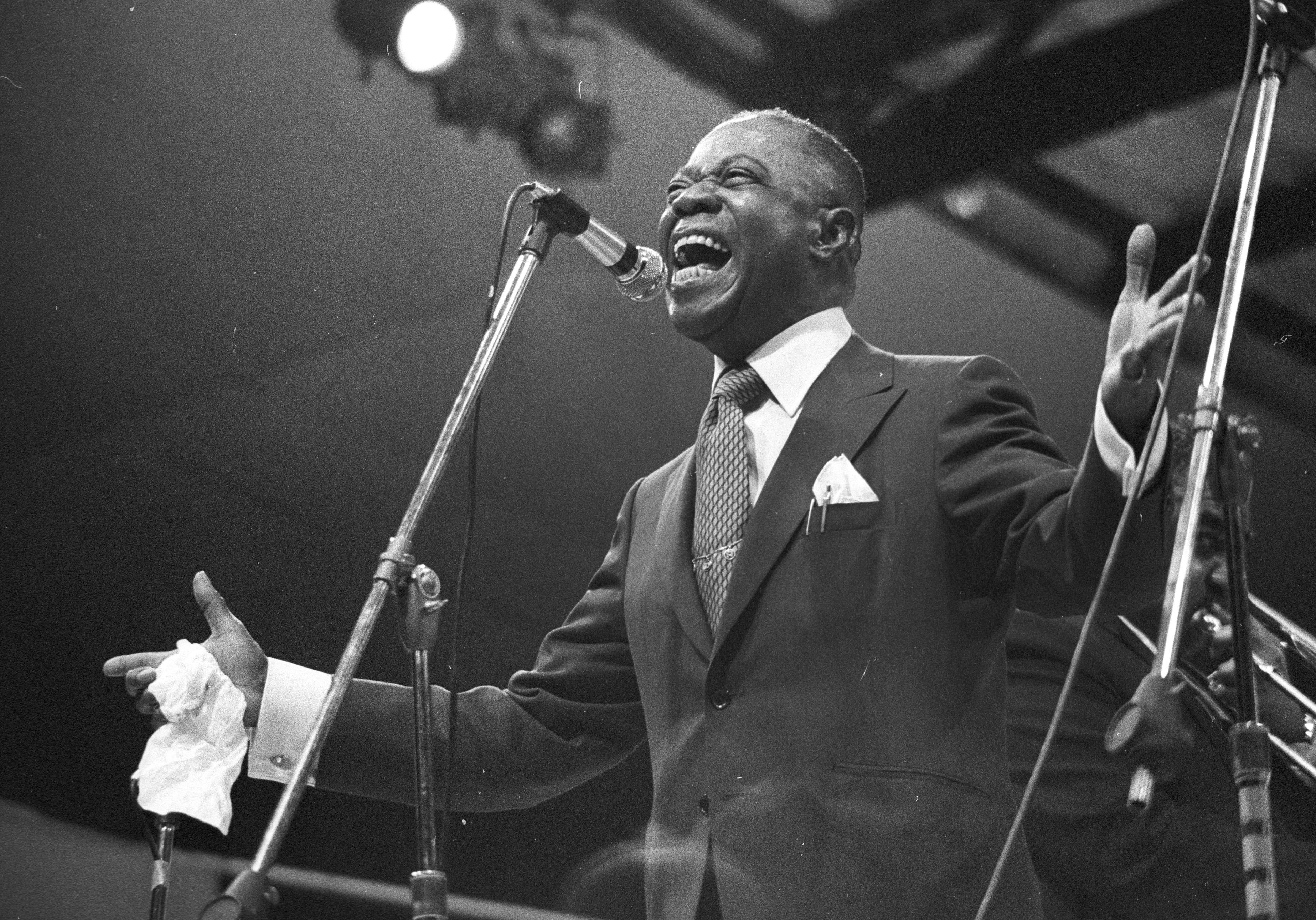 The voice is the human musical instrument.

It consists of a vibrating element, resonating chambers and energy that produces the vibrations. The energy comes from the breath originating in the lungs. Vibrations occur in the two vocal cords at the lower part of the voice box, or larynx, that are arranged in a “V” shape, perpendicular to the trachea. Finally, the resonating chambers consist of multiple structures located above the vocal cords: the upper part of the larynx, the pharynx, the nasal cavity, the mouth.

Our voice is the only musical instrument that is both a string and a wind instrument—as the breath causes the vocal cords to vibrate. It is almost an orchestra unto itself. All this gives each of us a particular, unique vocal imprint; there are seven billion humans, seven billion different voices. Cerveau & Psycho talked , about the wonders of the voice to the Paris-based Jean Abitbol, an ear-nose-and throat physician, phoniatrician and craniofacial surgeon.

[An edited transcript of the interview follows.]

Cerveau & Psycho: How important is the voice to a person’s self-identity?

Jean Abitbol: It is indeed an essential component. We see this very clearly when we operate on patients to change their voice; their self-identity is strongly disrupted. For example, I met a lawyer who had a very deep, masculine voice because of an edema on her vocal cords caused by her smoking. (She smoked two packs of cigarettes a day.) She had a great charm and authority in her profession, where she interacted with criminals on a daily basis. (“My world is the prisons; I defend all the thugs,” she told me.) But she wanted to change her voice, which her fiancé didn’t like, and asked me to operate on her. I advised her to change her fiancé instead! She burst out laughing and had the operation done by a colleague.

When I saw her again, she had a very high-pitched voice and told me something terrible: “I am schizophrenic about my voice.” She no longer recognized herself when she spoke, and was seized by the impression that “it wasn’t her,” that it was someone else speaking. The consequences were terrible: her fiancé had left her, she could no longer work, she lost all her court cases, she had no authority, she no longer dared to open her mouth in prison…. Not because her voice had become higher pitched, but because there was a sort of rupture of harmony with who she was, a conflict with herself, a feeling of loss of identity that destabilized her. She started smoking again, recovered her voice in two or three years and gradually regained influence in her professional life.

I imagine that a change in your voice is also disturbing to people around you.

That’s well put. Imagine that from one day to the next, your spouse or your children no longer sound the same. This is what happened to one of my patients, a 36-year-old woman. She had suffered from vocal cord paralysis since the age of nine or 10 following a viral infection of the vagus nerve, which controls the vocal cords. This gave her a voice like a whisper, with no power. She had to use a bell to call her husband or children!

I injected her with a substance that allows the vocal cords to become flexible again, and she recovered in two weeks. But she no longer recognized herself: “Doctor, I have a woman’s voice!” She had never known this voice before, since her paralysis dated back to before puberty. The experience was still very positive for her. She no longer felt like a strange beast. But her family felt unsettled. After the operation, her husband asked me a question with some irritation in his voice: “What have you done to her? She’s not my wife anymore.” The same goes for her children: “She’s not Mom anymore!” Two months later, having gotten used to the change, they came to apologize and tell me that they thought it was great; but their first reaction had been to feel usurped, as if something had been stolen from them.

All of this illustrates the extreme caution that must be exercised before making changes to the voice apparatus. It’s emotional surgery. When you have appendicitis, you operate on it, but if you detect a growth on the vocal cords, if it is not cancerous and does not bother the patient, why touch it? I knew the ENT specialist who treated Louis Armstrong. Armstrong had vocal cords with two enormous masses that probably gave him that hoarse voice with inimitable evocative power. Imagine if they had been removed.

You mentioned “emotional surgery.” Could you tell us more about the relationship between voice and emotion?

Our emotions are like the conductor of our voice. If you smile, if you’re not feeling well, if you’re anxious, all of this can be heard, because of very concrete consequences to your vocal apparatus. The lubrication of the vocal cords is very good when you feel good, but it is much less so when you’re anxious, stressed or have stage fright. The blood supply also deteriorates in the latter case, notably because of a contraction of the blood vessels. The vocal cords then whiten and lose their flexibility, which translates into a dryness in the voice. In addition, frequent and intense stress causes gastric reflux in the vocal cords, which dry out due to the acidity and become covered with bumps (keratosis). As a result, the voice breaks and becomes hoarse. Emotional expressions also modify the configuration of the vocal resonance chambers, notably by mobilizing the mouth and cheeks.

Because of these things, we can’t accurately recreate a voice synthetically. Even if projects to do this at the National Conservatory of Arts and Crafts (Conservatoire National des Arts et Métiers) achieve remarkable technical performances, the emotional side is missing. Conversely, the great opera singers, such as Luciano Pavarotti or Maria Callas, had an exceptional talent for conveying emotions.

What other facets of our identity are expressed in the voice?

Our social identity, for example. A lawyer or a doctor doesn’t speak like a politician. This is expressed through language, of course, but also through components of the voice, such as the rhythm of speech. Perhaps the man who illustrated this most vividly was Charlie Chaplin in his film The Great Dictator: when the character who parodies Hitler addresses the crowd from his balcony, even though he doesn’t actually speak a word of German, his speech immediately evokes a political harangue and an authoritarian leader. The voice also betrays our gender, since it clearly differs between men and women. It is no coincidence that many transgender people want to change their voice.

Why do men and women have such different voices?

Mainly because of the hormonal influx at puberty, testosterone causing a lengthening and thickening of the vocal cords (which are about 24 millimeters long and four to five millimeters wide in men, and 18 millimeters long and three to four millimeters thick in women), as well as an enlargement of the resonance box of the larynx. This is why castrati, who were for a long time made to sing in operas, had to be operated on before puberty. This did not give them a woman’s voice, but a child’s voice, even higher than that of a woman. If their voice was so out of the ordinary and had such power, it is because the growth hormones and the thyroid hormone, which are produced by glands other than the testicles and which are under the influence of the Y chromosome, gave them the morphological size and the respiratory strength of a man.

Apart from this particular case, a man’s voice generally has predominantly low pitches and a woman’s high pitches. The low and high notes always coexist in both sexes and enhance each other, like a diamond and its case. Because the beauty of a voice is its depth.

Are there many people who are not comfortable with their voice and want to change it?

No, not really. It’s rare that someone comes to me with such a request. And in 95 percent of cases, I send them to a psychologist because it’s a sign that they have a problem with themselves. For example, a 40-year-old woman with a thin, broken voice recently asked me to operate on her. But when I examined her, I discovered a magnificent vocal apparatus. She then revealed to me that her problem dated back to the day after she lost her mother, who she said had an exceptional voice. There was nothing I could do. It was up to a psychologist to intervene.

In most cases, the desire to change one’s voice in a profound way betrays an underlying psychological problem. Without wanting to change it completely, many people want their voice to be more persuasive, to have a certain power. The importance of the voice in communication has long been known, but the desire to control its power has increased tenfold with COVID-19 and the advent of telecommuting, with virtual meetings. A voice coach can help. In the end, what these people want to change is not their voice itself, but the way they use it.