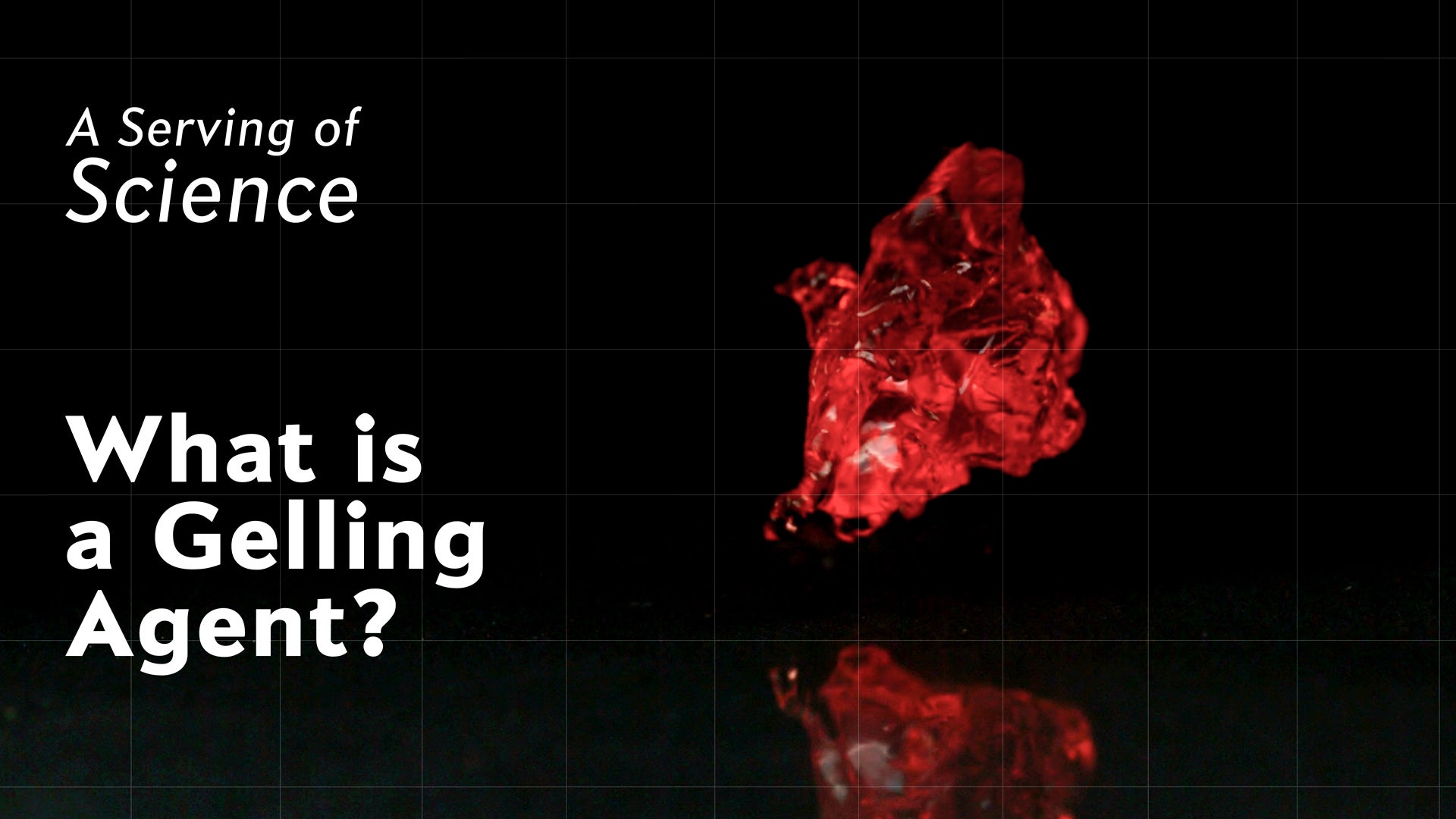 See the German-language version of this piece at Spektrum der Wissenschaft.

Jell-O, salad dressings, puddings, jams and jellies, marshmallows,  tofu, cream cheese, low-fat hot dogs: they all have it.  And in fact, without it, they would not look or taste like they do. It alters the solid-state physics of these foods.

It is a gelling agent.

But what is a gel, really? And how does it give these distinctive foods—and even some laxatives, pill coatings and cosmetics—their distinct gelness?

A gel is known as a “viscoelastic” substance. Physically, it lives somewhere between liquid and solid.

Gels are fundamentally composed of polymers—long chains of repeating molecules. Gelling agents used in food consist of either protein- or sugar-based polymers. They come from a variety of natural sources, including animals and plant parts.

To get a gel from any of these sources, you need something to change. Gelation happens when a change in temperature, pressure, pH or concentration—or when the presence of salts or enzymes—spontaneously releases collagen or cellulose from the tissue to which it is bound.

Boiling is often involved, which allows the soup of liberated polymers to come together in a tight embrace. They form a network of surprising complexity—spanning the gamut from linear strands to branching networks to spherical, glasslike structures.

But gelling agents introduce some stunning functional properties to the foods they help create. Gels can thicken. They can stabilize. They can control crystal growth of ice and sugar in the food. They can impart stickiness to liquids. They can make foods elastic or brittle, longer or spreadable, chewy or creamy. They can substitute for fat. This versatility has been recognized by humans for thousands of years.

One of the first gelling agents to be widely used was isinglass, or “fish glue.” It is derived from the swim bladders of fish and was used by the ancient Romans and medieval bookmakers. Isinglass’s popularity was only eclipsed with the rise of industrial livestock production. Slaughterhouse remains became the main source of gelatin around the world.

An increasing number of people consider gelling agents from animals to be distasteful or unacceptable. At the same time, there is growing interest in vegetarian, vegan, halal and kosher products. Luckily, gelling agents abound in the ocean. An example is agar-agar. It is a vegetable gelling agent obtained from the cell walls of red algae, and it is used in dishes such as flourless noodles, hot apple jelly and Roquefort ice cream.

But there are still other plant-based gels. The next time you pick up a can of soup, a jar of jam or a pack of candies, pay attention to the following additives.

Other plant-based gels are:

Pectin: a soluble fiber found in virtually all plants.

Carrageenan: an extract from red seaweed.

Cellulose: the main substance in the walls of plant cells.

But despite their history and wide use, some gelling agents may not agree with everyone. For example, carrageenan and agar-agar have caused allergic reactions in some and abdominal cramps or diarrhea in others.

In the European Union, carrageenan is even banned in infant formula as a precautionary measure. No similar ban exists in the U.S.

That is all the more reason to understand if a gelling agent has made its way onto your plate. And that’s your “Serving of Science.”