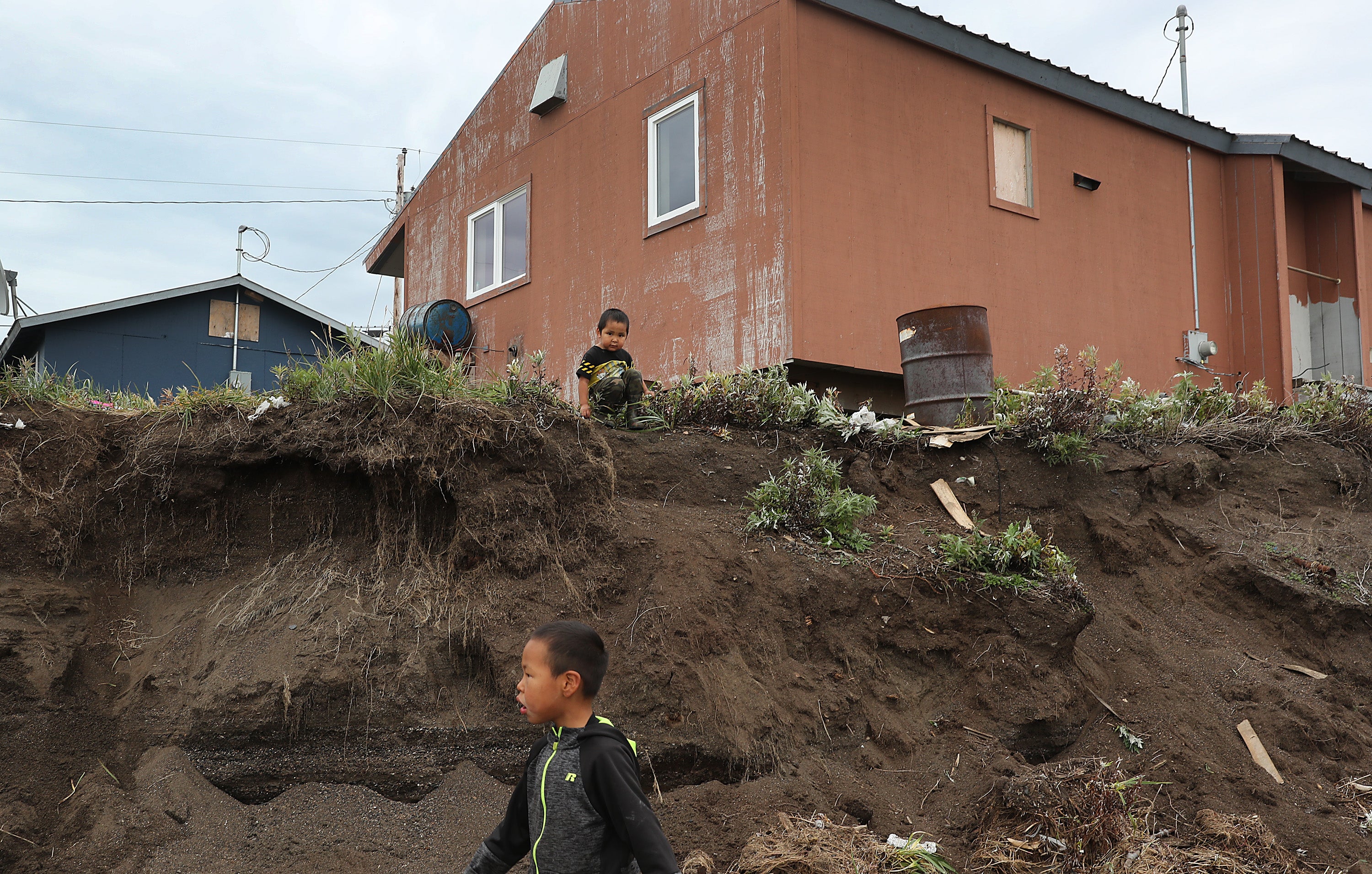 In the aftermath of the United Nations’ annual climate conference earlier this month, scientists have a sobering message: The world still is not on track to meet its international climate goals.

A new paper, published yesterday in the journal Nature Climate Change, is the latest study to drive the point home. It finds that even if nations around the world live up to their climate promises, the planet will still likely warm by more than 2 degrees Celsius.

The study centers on the formal carbon-cutting pledges that world nations have made under the Paris Agreement. These pledges, known as “nationally determined contributions,” or NDCs, are the backbone of the agreement.

Prior to the Glasgow, Scotland, conference, participating nations had the opportunity to update and strengthen their original Paris pledges. The success of Paris hinges on the idea that world leaders will improve their pledges fast enough to meet the agreement’s targets—keeping global warming well below 2 degrees Celsius, and below a more ambitious 1.5 C if at all possible.

But the updated pledges aren’t cutting it, the new study finds. All of the NDCs put together will still result in anywhere from 2.2 to 2.9 C of warming.

It’s not the only study to deliver that message.

Each year, the U.N. publishes a report evaluating the gap between the latest climate pledges and the Paris Agreement’s goals. Each year, it concludes that the world is falling short. This year’s report finds that the updated pledges would probably result in warming of around 2.7 C.

Another similar analysis, published earlier this month by the climate research consortium Climate Action Tracker, suggested a likely warming of around 2.4 C.

The new study presents a broader range of possible warming. According to the authors, that’s because it more fully accounts for all the uncertainties that come with modeling future climate change.

The new study uses a suite of seven different climate models to simulate the entire process of how the world might change in response to the Paris pledges between now and the end of the century.

The study accounts for the fact that not all countries have actually implemented policies consistent with their own climate pledges.

It also simulates two possible ways of achieving all the pledges—one that assumes policies reducing emissions at specific rates, the other that assumes increasing carbon prices over time.

The study finds that there are slight differences in the amount of warming resulting from each of these different assumptions. But it also finds that differences among the individual models are even more significant.

The models themselves contain different built-in assumptions about the way the world responds to various climate policies, how energy demand and consumption evolve, and other factors that affect how quickly emissions might fall over time.

The takeaway: It’s not easy to come up with an exact number for future warming, even with specific pledges from almost 200 countries. There are still a lot of uncertainties, and they reflect bigger questions about how the world’s energy systems may transform over the coming decades.

“The large uncertainties indicate that current policies and policy pledges can still lead to warming outcomes of 3°C in 2100,” said lead study author Ida Sognnaes, a researcher at the Centre for International Climate Research in Norway, in a statement.

Suggesting that the current pledges can be pinned to an exact number—one that’s lower than the complete range of likely possibilities—could “lead countries to believe they are making good progress, when the opposite may indeed be the case,” she added.

Adding to the uncertainties are a new set of climate targets rolling in from nations around the world: promises to reach “net-zero” carbon emissions, typically around midcentury. Net-zero pledges have exploded over the last two years, with dozens of countries setting targets for themselves.

Still, most of these targets aren’t formally encapsulated in the NDCs. And most aren’t legally binding. That means, for now, they’re mainly just goals.

The new study didn’t account for these informal targets. But several other recent studies have examined their potential effects. They’ve found that the net-zero targets could inch the world closer to the 2 C target, perhaps even meeting the goal—if everyone follows through on them. That’s a big if (Climatewire, Nov. 11).

An analysis from the International Energy Agency released during the Glasgow negotiations found that the combination of updated pledges, net-zero targets and other global commitments finalized during the conference could limit global warming to 1.8 C.

On the other hand, a study published earlier this month in Science found that even if nations strengthen their existing NDCs and meet their net-zero targets, the world would have a 60 percent chance of meeting the 2 C target (Climatewire, Nov. 5). That means a good shot at it, in other words, but by no means a guarantee.

The takeaways are similar: Making exact predictions about the planet’s future requires exact knowledge of how the world will adapt and evolve to its own climate policies in the coming decades. And that’s something scientists are still working on.

On the other hand, the newest study makes a broad point about where the planet is headed. The world is slowly moving in the right direction—that’s the good news. It just needs to move faster.