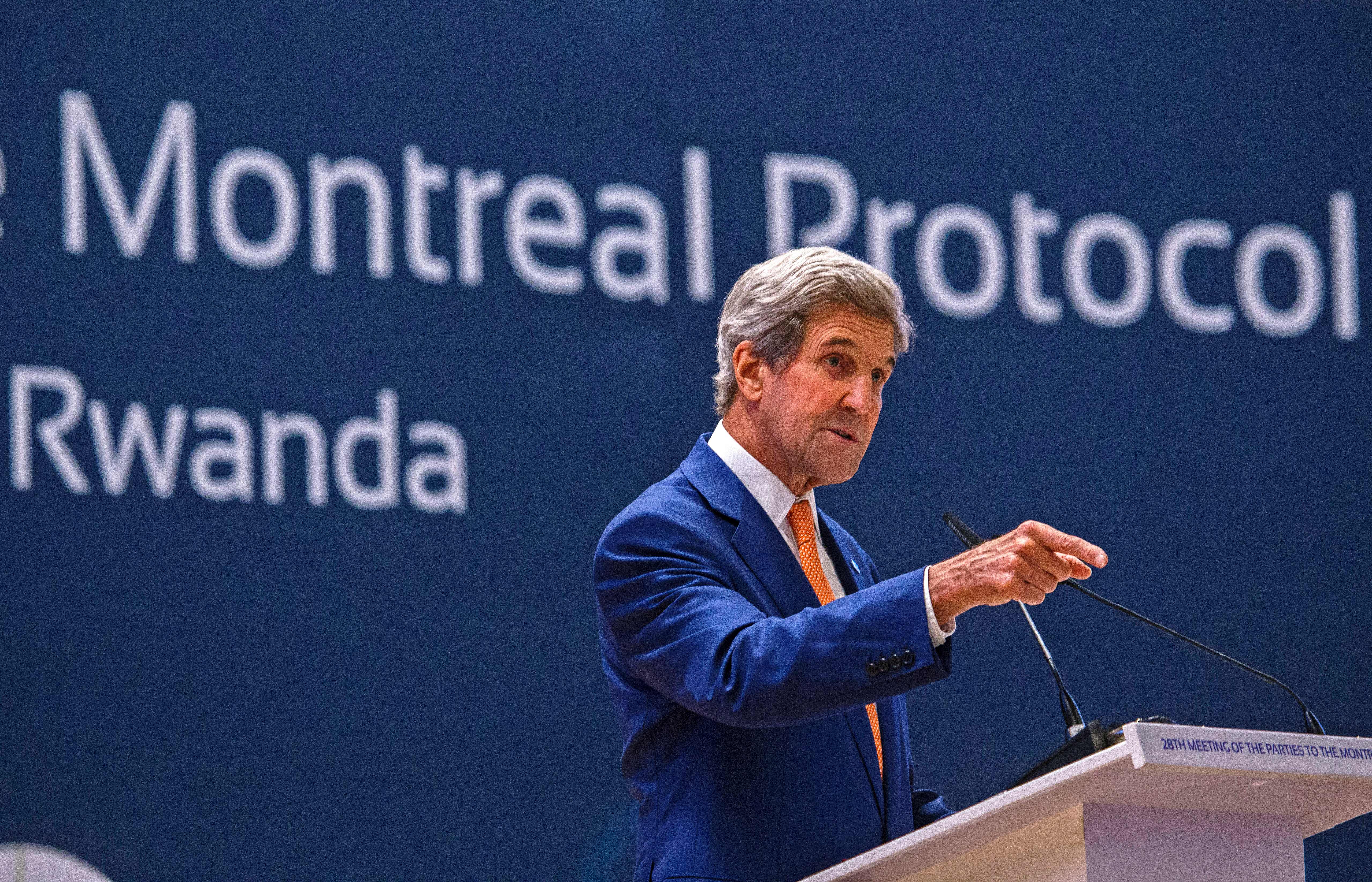 The White House last night kicked off the process to formally approve an international treaty to phase down a powerful class of greenhouse gases known as hydrofluorocarbons, or HFCs.

The treaty, known as the Kigali Amendment, was submitted by the White House and received by the Senate at the close of yesterday’s session after a lengthy delay that has spanned three presidential administrations. It is widely supported by environmental groups and U.S. industry, which wants to manufacture the next generation of coolants to replace HFCs.

Used in air conditioners and refrigeration, HFCs have thousands of times more heat-trapping potential than carbon dioxide, and the Kigali Amendment is widely seen as crucial to limiting global temperature rises in the coming decades. The 2016 agreement requires countries to phase down the chemicals 85 percent over the next 15 years.

“It’s long past time that we join the rest of the international community in addressing HFCs and taking the kind of bold, transformational climate action that this moment demands,” Senate Environment and Public Works Chair Tom Carper (D-Del.) said in a statement.

Carper led passage of a bipartisan bill to phase down HFCs in the United States as part of the omnibus spending package at the end of last year. EPA unveiled regulations to implement the law in September, and the Biden administration is plotting a larger suite of actions across the federal government to curb illegal imports and find new uses for HFC alternatives (Climatewire, Sept. 23).

While the United States is currently on track to fulfill its domestic obligations under Kigali, treaty ratification requires support from 67 senators, meaning 17 Republicans would have to vote for the amendment in the 50-50 Senate.

Still, last year’s legislation had a large group of GOP co-sponsors. Sen. John Kennedy (R-La.) led introduction of the bill with Carper, and 14 of the of the other Republican sponsors are still serving in the Senate. Kigali will also get a boost from the business community.

“We’re pleased the Biden Administration has submitted the Kigali Amendment to the Senate and we urge quick ratification,” Marty Durbin, senior vice president of policy at the U.S. Chamber of Commerce, said in a statement. “American businesses are poised to maintain their leadership in helping transition the world from hydrofluorocarbons to lower emissions technologies, providing a significant climate benefit.”

Ratification would cap off a process that has been in the works for years. Former President Obama negotiated the treaty—an amendment to the Montreal Protocol on Substances That Deplete the Ozone Layer—in 2016, but the Trump administration made little effort to advance it, even as Kigali went into effect around the world.

Obama’s EPA had also drafted rules for HFCs, but they were struck down in court, which helped lead to the push in Congress four years later.

The treaty will have to move through the Foreign Relations Committee before reaching the Senate floor. Air conditioning and refrigeration manufacturers said they would be pushing for quick ratification, given potential consequences for the industry down the road if it remains in limbo. Beginning in 2033, the amendment requires certain trade restrictions between countries that are part of the agreement and those that are not.

“Ratification of the Amendment—which we hope will be expeditious—will create the certainty necessary for U.S. companies to solidify their natural technological advantage in both refrigerants and manufacture of the equipment that uses them,” Air-Conditioning, Heating, and Refrigeration Institute President and CEO Stephen Yurek said in a statement.

David Doniger, senior strategic director of the climate and clean energy program at the Natural Resources Defense Council, noted that “the Montreal Protocol and its amendments have drawn broad bipartisan Senate support for more than 30 years.”

“The Kigali Amendment deserves similar strong bipartisan backing,” Doniger said in a statement. “Phasing down these harmful chemicals will create good-paying jobs and open export markets for manufacturers of new and safer products, while curbing a potent contributor to climate change.”

Senate Foreign Relations Chair Bob Menendez (D-N.J.) said in a statement he expects bipartisan support for ratification in committee and on the floor.

“I am committed to advancing the advice and consent process on the Kigali Amendment in the coming months,” Menendez said.