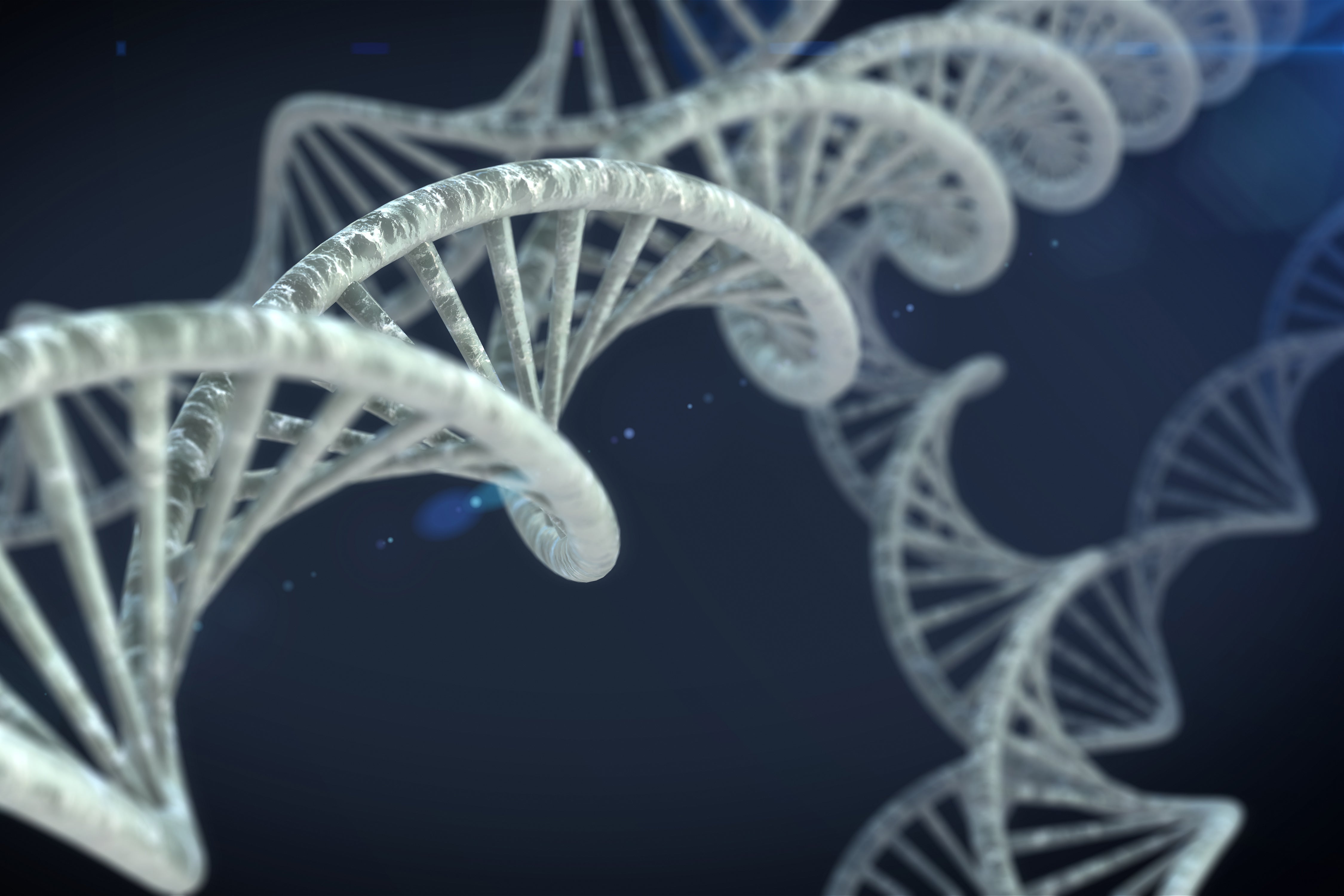 The hunt for extraterrestrial life has always been bedeviled by false positives—those occasions where scientists think they’ve found life but turn out to lack a wholly convincing case.

The archetypal example comes from NASA’s twin Viking landers, which delivered controversial evidence of life on Mars in the mid-1970s. That evidence was a whiff of radioactive carbon wafting from Martian soil, hinting at microbial metabolism taking place within—but three other life-detection experiments each lander carried only found null results. More muddled data about life on Mars arrived in 1996, when scientists discovered what could have been microbial microfossils inside a Martian meteorite found in Antarctica. But subsequent studies showed the putative microfossils could have easily been produced by several other entirely abiotic routes. Most recently, researchers studying the atmosphere of Venus claimed to see significant amounts of phosphine there—a gas that, on Earth, is chiefly made by microorganisms. Yet soon other scientists had cast doubt on the validity of those measurements, and had postulated the gas—if it was there at all—was from some strange-but-lifeless form of Venusian volcanism.

In each case, the pattern was the same: initial excitement, followed by subsequent skepticism, and eventual dismissal. Time and time again, it seems, astrobiologists are only finding alien signs of life—so-called biosignatures—that are frustratingly inconclusive. This is in large part because astrobiologists by necessity seek the simplest, most robust forms of life that appear possible in harsh otherworldly environments, and the chemicals and structures we often associate with such organisms on Earth can often be produced abiotically. And, of course, the chemistry of alien life might be entirely different from what we observe on our own planet. Is there a better way to look?

A new theory published in Nature Communications contends that there is. Called assembly theory, it turns away from the search for simple chemical biosignatures, instead embracing life’s fundamental complexity. It is based on the idea that any form of biology anywhere in the universe will encode life’s information in complex assemblages of molecules that are measurably distinct from lifeless matter.

For study co-author Sara Walker, a biophysicist at Arizona State University, assembly theory is a landmark for the field, because it “presents the first complexity measure that is testable in the lab.” More broadly, she says, it gives us “the first glimmer of our ability to connect deep theoretical ideas about the nature of life to empirical observables.”

In astrobiology, appeals to complexity have been on the rise for a while now. In light of the ambiguous results that can come from research focused on simple chemical signatures, scientists have developed theories and definitions of life that look to more sophisticated processes—metabolism, adaptation, replication, evolution—that could help us distinguish living systems from nonliving ones. In 1994, for example, NASA adopted a complex definition of life: “Life is a self-sustaining chemical system capable of Darwinian evolution.” The trouble is, the key concepts behind such advanced frameworks are themselves complicated, making them notoriously difficult to test and quantify. Ask, for instance, five different evolutionary biologists for their working definition of “Darwinian evolution,” and you are likely to get five slightly different answers. As NASA’s chief scientist, Jim Green, explains, “I can’t build an instrument that is going to go out and find ‘evolution,’ ‘reproduction,’ or ‘metabolism.’”

Assembly theory may offer a clearer, more general way to recognize life, whether familiar or alien. It builds on two related ideas: physical complexity and abundance, positing that as these two properties increase for any given object in any given environment, the chances of an abiotic origin decrease. Abundance tracks how often an object appears in an environment, whereas an object’s complexity is measured by estimating the number of steps required for its assembly. Consider the difference between a seashore littered with water-worn pebbles—a situation that could easily be ascribed to a lifeless process—and one strewn instead with intricately sculpted seashells.

Although the theory is general and can pertain to many kinds of objects across a wide range of scales, the researchers looked at how it applies to molecules, arguably the most essential building blocks of biology that scientists can seek both in the lab and in space.

To rank molecular complexity, the team created a mass assembly index, which algorithmically assigns a mass assembly number (MA) to different kinds of molecules. As a proof of concept, they used this approach to index and rank 2.5 million molecules in a widely used chemistry database. A molecule with an MA of 1 has low complexity and thus a higher chance of abiotic origins; more complex molecules are assigned higher numbers. Composed of one atom of phosphorus and three atoms of hydrogen, phosphine gas—the putative Venusian biosignature—only merits an MA of 1. In contrast, the amino acid tryptophan earns an MA of 12 thanks to its elaborate structure of 11 carbon atoms, twelve of hydrogen, and a pair apiece of nitrogen and oxygen.

According to Lee Cronin, a chemist at the University of Glasgow who led the research, this exercise revealed that at a certain threshold—circa MA 15—a molecule’s probability of abiotic production in Earth-like conditions becomes astronomically low. Less than one in about 600 sextillion, in fact, Cronin says. Thus, molecules ranking at an MA of 15 or higher should almost always be made by life.

So, does that mean that MA 15 is the surefire marker for life everywhere? No. For one thing, many low-ranking molecules can be biosignatures—such as the structurally simple molecular oxygen emitted into Earth’s atmosphere by photosynthetic organisms. This means that, although it may decrease the chances of false positives in the search for life, assembly theory also correspondingly raises the likelihood of “false negatives” allowing genuine biosignatures to slip through investigative cracks. More broadly, Cronin says, although MA 15 seems to be the threshold value for life on Earth, the threshold could fall elsewhere for wildly different planetary environments. The trick, Cronin argues, is to use assembly theory to map the gap that must exist between the chemical combinations produced abiotically and those produced by living systems—here or anywhere else.

To further validate their approach, Cronin and colleagues double-checked their theoretical calculations of complexity by using mass spectrometry fragmentation to study a large sample of ranked molecules and substances, breaking each down into its constituent parts to confirm the number of chemical steps required to reassemble them. Those experimental results hewed closely to theoretical predictions, and reliably distinguished between a broad range of living, nonliving, and dead substances, including E. coli bacteria, yeast cells, plant alkaloids, ashes, coal, granite, limestone and even beer.

One of the most exciting validations came courtesy of Cronin’s collaborator and study co-author Heather Graham, an astrobiologist at NASA’s Goddard Space Flight Center in Greenbelt, Md. To conduct a test of the theory, Graham’s lab sent a set of blind samples. One of these was preserved biological material from a multimillion-year-old fossil. Another was a sample from the Murchison meteorite, a bolide rich in organic (but abiotic) carbon compounds that fell to Earth in 1969. Cronin’s testing flagged the Murchison material as notable for its wealth of complex molecules, but still ranked it as below the threshold of MA 15 and thus lifeless. The fossil material, however, was identified as a signature of life.

For study co-author and NASA astrobiology postdoctoral fellow Cole Mathis, there was a striking moment at this stage of the research when a significant distinction became clear to all involved: the distinction between “a complex sample and a complex molecule.” While a strange variety of chemicals like those present in Murchison might lead one to think that something like life was present there, it is actually the complex molecule, which indicates the organization of chemistry, that seems to be key to life.

The success of these results, and the publication of the work, brought out initial excitement. Steven Benner, a chemist at the Foundation for Applied Molecular Evolution in Alachua, Fla., who was not part of the research, says he and his colleagues are “extremely enthusiastic” about assembly theory. Even so, he adds, Cronin and colleagues still must address many unanswered questions about their work, especially whether it could actually be applied in “truly exotic environments.” Benner has challenged Cronin to test the approach on samples of “semi-complex” material that Benner’s group has synthesized from simple carbon precursors in lab conditions mimicking the atmosphere of Venus. “This is a real environment,” Benner says, “one soon to be visited in a space mission again. If Venusian life exists in the clouds above Venus, it would need to follow a chemical logic very much different from the logic that is followed by life on Earth.” This, Benner says, arguably makes Venus the best site for a near-term test of the molecular-complexity metric.

In response, Cronin has remarked that Benner’s samples pose a particular challenge, as they are immersed in sulfuric acid—which decomposes organic molecules and thus lowers their detectable organic complexity. Nevertheless, Cronin says, “we are working on a way to reconstruct that complexity, so I remain hopeful that even in the most difficult samples, if the molecule is not broken, we can take a measurement.”

In the meantime, Green and others at NASA have wondered whether assembly theory might be used to analyze data from the many mass spectrometers that have visited other worlds during the agency’s various interplanetary missions. Green first considered the case of the mass spectrometer on the Cassini orbiter, which flew through and sampled plumes of water vapor venting from Saturn’s icy moon Enceladus, but he realized that Cassini’s instrument only registered masses up to 100 atomic mass units (amu), and assembly theory only works for molecules weighing at least 150 amu.

Although they could reach 150 amu and beyond, instruments on the Curiosity and Perseverance Mars rovers fell short, too, lacking the specificity to study single molecular species for an MA measurement. Future missions, Green says, should all be equipped with mass spectrometers that register the higher mass and take measurements with greater specification. There is promise for NASA’s Dragonfly mission, a nuclear-powered quadcopter slated to begin exploring the atmosphere and surface of Saturn’s moon Titan in the mid-2030s. Graham points out that Dragonfly’s mass spectrometer, though it lacks some of the capabilities of lab spectrometers, will have the capacity to detect complex molecules.

In the future, other planned missions could seek out signs of life’s molecular complexity at astrobiological hot spots across the solar system. Eventually, Cronin speculates, assembly theory might even be used to assess potential biosignatures remotely detected in the atmospheres of potentially habitable exoplanets by large telescopes.

For now, however, the approach has given theorists and experimentalists alike a wealth of new ideas for understanding—and seeing—life’s cosmic complexity.