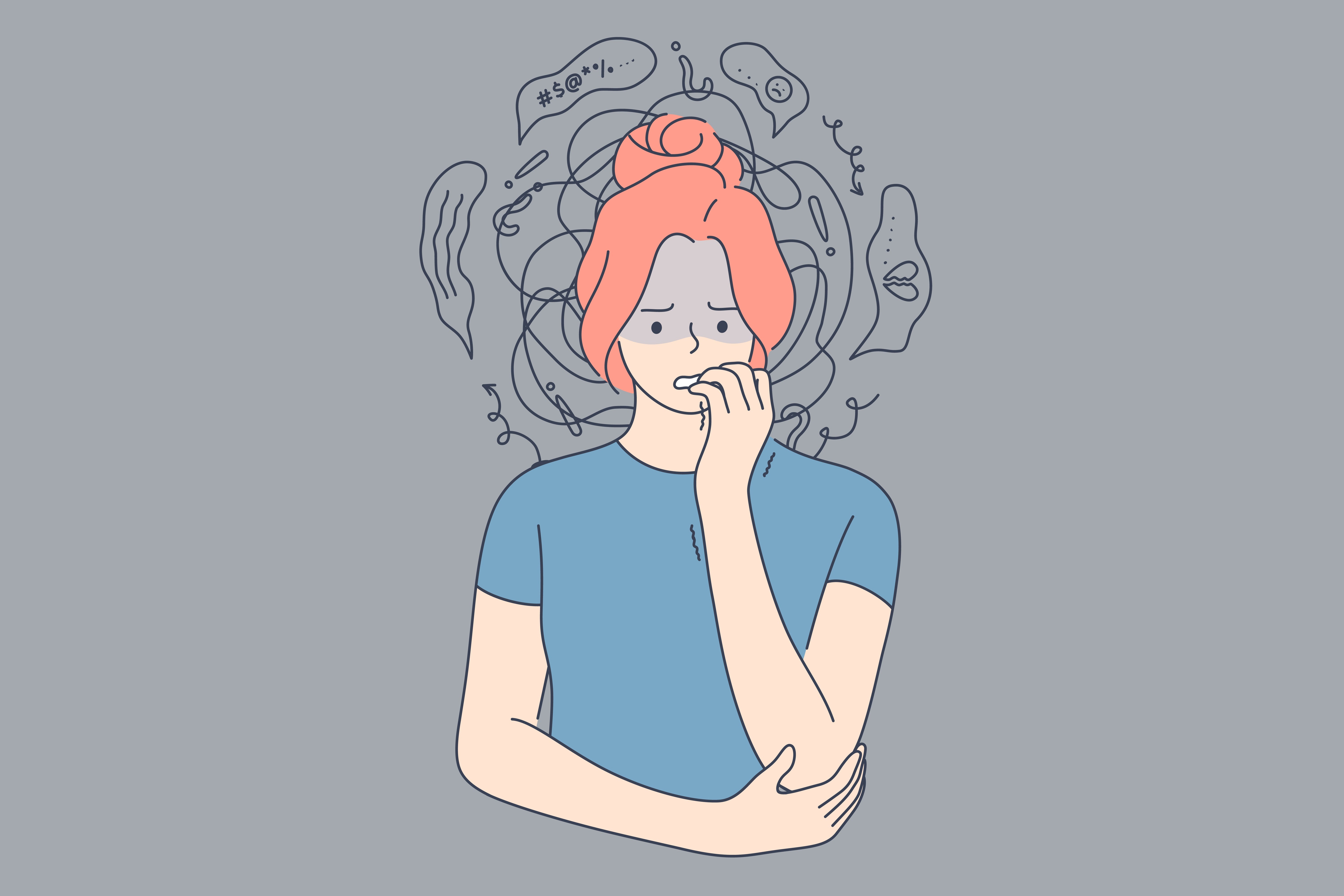 We all have weaknesses, and all know hardship. But it’s difficult, even on a good day, to admit we are struggling, to ask for help or to apologize when we are out of line.

After a year and a half of overwhelming stress caused by a global pandemic, many of us have become even more familiar with feeling vulnerable and have grown adept at avoiding difficult conversations. We may blow up to let off steam, for instance, and not take responsibility for the harm our actions cause. Or we may sulk when people close to us fail at guessing our needs. When setting clear boundaries is in order, many of us may say “yes” to everything only to end up resenting everyone—including ourselves—for having too much on our plates.

Often, the best way to break these cycles is to admit our difficulties to others. That step can be excruciating and frightening, but keeping problems to ourselves can create even more long-term complications. After all, unacknowledged feelings and frustrations rarely stay under the rug. That is why it is important to figure out how to openly articulate one’s feelings or thoughts even when that form of expression leaves us feeling exposed or uncomfortable.

Two of my University of Mannheim colleagues—Sabine Scholl and Herbert Bless—and I refer to this form of genuine, intentional emotional exposure, done in spite of one’s fears, as “showing vulnerability.” Unlike other forms of self-expression or self-disclosure, this act always carries risk, such as the possibility that others may perceive someone as weak or even incompetent in consequence. Confessing romantic feelings, for example, could provoke a painful response if these sentiments are not shared, whereas declaring one’s love for pizza is simply an authentic, low-stakes statement.

The good news is that, according to research, our worries about the negative evaluations of others may not be entirely reflected in the way people actually see us in difficult moments. Building on prior pioneering studies of vulnerability by researcher Brené Brown at the University of Houston, my colleagues and I conducted six experiments that revealed consistent results: Across a variety of situations, such as asking for help or admitting to a mistake, people perceived their own displays of vulnerability more negatively than others did. We refer to this pattern of conflicting perceptions as the “beautiful mess effect.”

It’s important to be aware of this mismatch, as it can prevent people from sharing their true feelings and needs. In a safe environment and with a responsive conversation partner, a vulnerable stance in close relationships may have tremendous benefits. For example, studies show that revealing personal information about oneself may increase relationship closeness and trust. An authentic apology, meanwhile, could repair a fractured relationship.

Given these advantages, we next wanted to know how people could overcome the beautiful mess effect, with its differences in perception. Our new experiments suggest that the concept of self-compassion can be of great help when it comes to finding beauty in the mess of one’s own shortcomings.

Self-compassion originated from ancient Buddhist teachings. Today’s scientists, however, have researcher Kristin Neff at the University of Texas at Austin, to thank for defining the concept in detailed psychological terms. According to Neff, self-compassion consists of three components. First, self-kindness entails a caring and understanding response towards one’s own suffering. For instance, when someone is struggling with feelings of failure, Neff encourages people to imagine how they might speak supportively to a friend in that position and then apply similar thoughts to themselves. The second component—common humanity—refers to recognizing pain and failures as an unavoidable part of life. Finally, mindfulness entails clear awareness of the present moment—neither ignoring one’s difficulties nor overexaggerating their magnitude.

My colleagues and I thought that self-compassion could influence how people perceive their own display of vulnerability.  After all, vulnerable situations can trigger a lot of shame and fear, and these moments are precisely when self-compassion is most helpful. For instance, consider admitting a mistake. People who treat themselves as they would treat a good friend wouldn’t shame themselves for being imperfect. Instead, they would remind themselves that imperfection comes with the territory for all mortal creatures. In addition, a mindful approach to the mistake would lessen the need to either overexaggerate or deny its significance.

To test this prediction, we invited 340 university students to participate in four experiments that revolved around different vulnerable situations. In one of the experiments, participants read a text that asked them to imagine either themselves or another person of the same gender admitting to their boss that they’d made a substantial mistake while working on a project. After reading the text, participants were asked to evaluate this confession: Did they see it as an act of courage or a sign of weakness? Does showing vulnerability equal revealing one’s strength or inadequacy? At the end of the study, we measured how self-compassionate the participants were using a seven-point scale designed by Neff. (You can fill out a version of this questionnaire for yourself on Neff’s Web site.)

As predicted, people who don’t have a lot of compassion for themselves evaluated an admission of their own mistake more negatively than when they imagined others who took the same step. Highly self-compassionate study participants, on the other hand, did not fall prey to this beautiful mess effect. In their evaluations, the difference in how they viewed displays of vulnerability in themselves versus others was significantly smaller than in people lacking self-compassion.

We conducted similar experiments with different situations, such as revealing one’s imperfections or confessing love to another person first. We observed the same pattern of results: with higher levels of self-compassion, participants became less likely to judge their own displays of vulnerability harshly. In other words, self-compassionate people may be less likely to fall afoul of the beautiful mess misperception across a spectrum of situations.

Notwithstanding the numerous benefits of showing vulnerability, it is, by definition, a risky business—especially for members of marginalized communities who often bear the extra burden of less psychologically safe environments. People should always be thoughtful about when and where they choose to disclose information about themselves. But without self-compassion, making oneself vulnerable—even in a safe space—can feel like self-destruction, which makes it all the more difficult to take this step. Conversely, being kinder to ourselves may give us a safe place to land, no matter where showing our vulnerability leads us. Then, we don’t need to have as much faith in the notion that everything will go smoothly if we share our struggles with others. Instead, we can have more trust in ourselves to handle the outcome either way.

Luckily, our level of self-compassion is not set in stone and it can be intentionally cultivated. For example, journaling exercises can help people change the way they think about their own strengths and weaknesses by writing about one’s feelings with awareness and acceptance, offering oneself words of support, and reflecting on how others share difficult experiences. By developing a kind, mindful attitude towards ourselves we can become more comfortable with showing our vulnerabilities. This practice, in turn, can strengthen our close relationships.