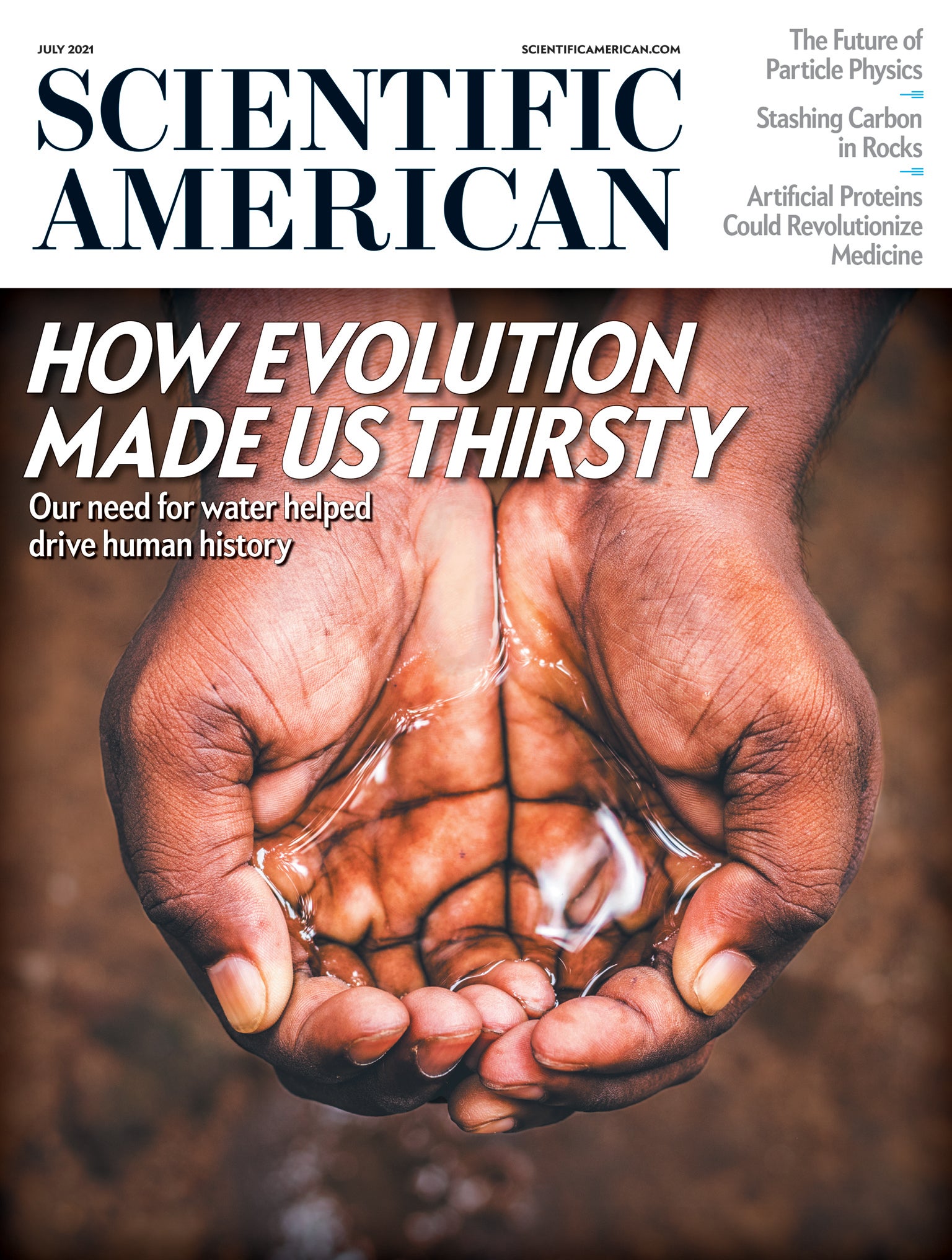 “The Carbon Rocks of Oman,” by Douglas Fox, described efforts by geologist Peter Kelemen and other scientists to potentially sequester carbon dioxide in mantle rock formations. As a physical chemist who picked up the rudiments of geology and geochemistry during environmental investigations, I was intrigued by the article, which discussed various mechanisms that might be used to enhance the process or lower costs, including both in situ and ex situ concepts.

Would it be possible to use standard petroleum methods such as fracking with high-pressure liquids to improve the permeability of the mantle rocks? And would seawater—which would already be used to sequester CO2 in Kelemen’s plan—be a candidate for such fracking?

Finally, do the calcium and magnesium in seawater also react with CO2, especially at the higher pressures and temperatures at depth? And if so, might this tend to “plug up” the veins, natural or induced, before the solution could migrate very far?

Each CO2 molecule has two oxygen atoms, whereas there are three in each molecule of MgCO3 or CaCO3. If the described process was greatly intensified to rid the atmosphere of CO2, is there a possibility that we would permanently “lose” too much oxygen? Would we exchange one evil for another?

FOX REPLIES: In response to McKown’s letter: Injection of CO2 could indeed potentially be enhanced with artificial fracking using seawater. Pressurized “supercritical” CO2 could also be a possible fracking fluid.

Gartenmann asks an interesting question. Fortunately, the reactions that convert CO2 into CO3 do not consume oxygen gas (O2). Instead they consume oxygen atoms that are already present in the water and in minerals such as olivines (including Mg2SiO4 and Fe2SiO4), serpentine [Mg3Si2O5(OH)4] and brucite [Mg(OH)2]. Because of the oxygen contents of such minerals, very roughly, Earth’s crust and mantle contain more than a million times more oxygen than the atmosphere!

In “Is Science Actually ‘Right’?” [Observatory], Naomi Oreskes argues that it offers a process of discovery rather than providing absolute truth.

Science is not really about “right,” “wrong,” “true” or “false.” My work studying Earth’s interior, where observations are always incomplete and often not very accurate, has led me to the idea that theories should be evaluated as more or less “useful within a certain context.” I find this avoids much confusion about what science provides.

A physician with a good scientific background will probably be more useful to your health than a typical politician, however prominent. And a climate scientist’s projections into the future are likely to be more useful than those of an ill-informed coal executive. On the other hand, your average shopkeeper may have a better understanding of economies than most neoclassical economists, whose theories bear no useful resemblance to observable economies.

In “Patient Care Must Include a Gun Talk” [Forum], Chethan Sathya and Sandeep Kapoor argue that doctors should talk to their patients about firearm safety. Doctors are well equipped for good discussions with their patients about exercise, smoking, drug and alcohol consumption, and diet as they relate to health. But few of them, including my doctors, own firearms, and most know little about appropriate firearm safety courses.

I own a firearm and have taken in-person safety courses, which have been invaluable. Doctors would be more effective and trustworthy on this subject if they were better informed about safe gun ownership resources, including local safety courses. For those millions of citizens who are going to own firearms, nothing improves gun safety practices better than a well-taught training course.

Your July issue was outstanding. I have never enjoyed reading so many of the articles in any one edition of Scientific American. All of them had important information.

I especially liked “Life, New and Improved,” Rowan Jacobsen’s feature on the creation of artificial proteins and the use of the technology in the development of a new COVID vaccine. I’ve recommended it to my four granddaughters as must reading. One is a research biologist doing work in neuroscience. Two just completed their sophomore years in different colleges, and the fourth will be a senior in high school next year.

This is, without a doubt, the most intriguing article I have read in this magazine, and I am a long-time subscriber. I’m looking forward to follow-ups because this is obviously the dawn of a new era. I hate the overuse of hyperbolic descriptions, but the superlative fits well here.

“Switchgrass Cleaner,” by Susan Cosier [Advances; August 2021], should have described other researchers using plants to clean up “PCBs,” not “PDBs.”