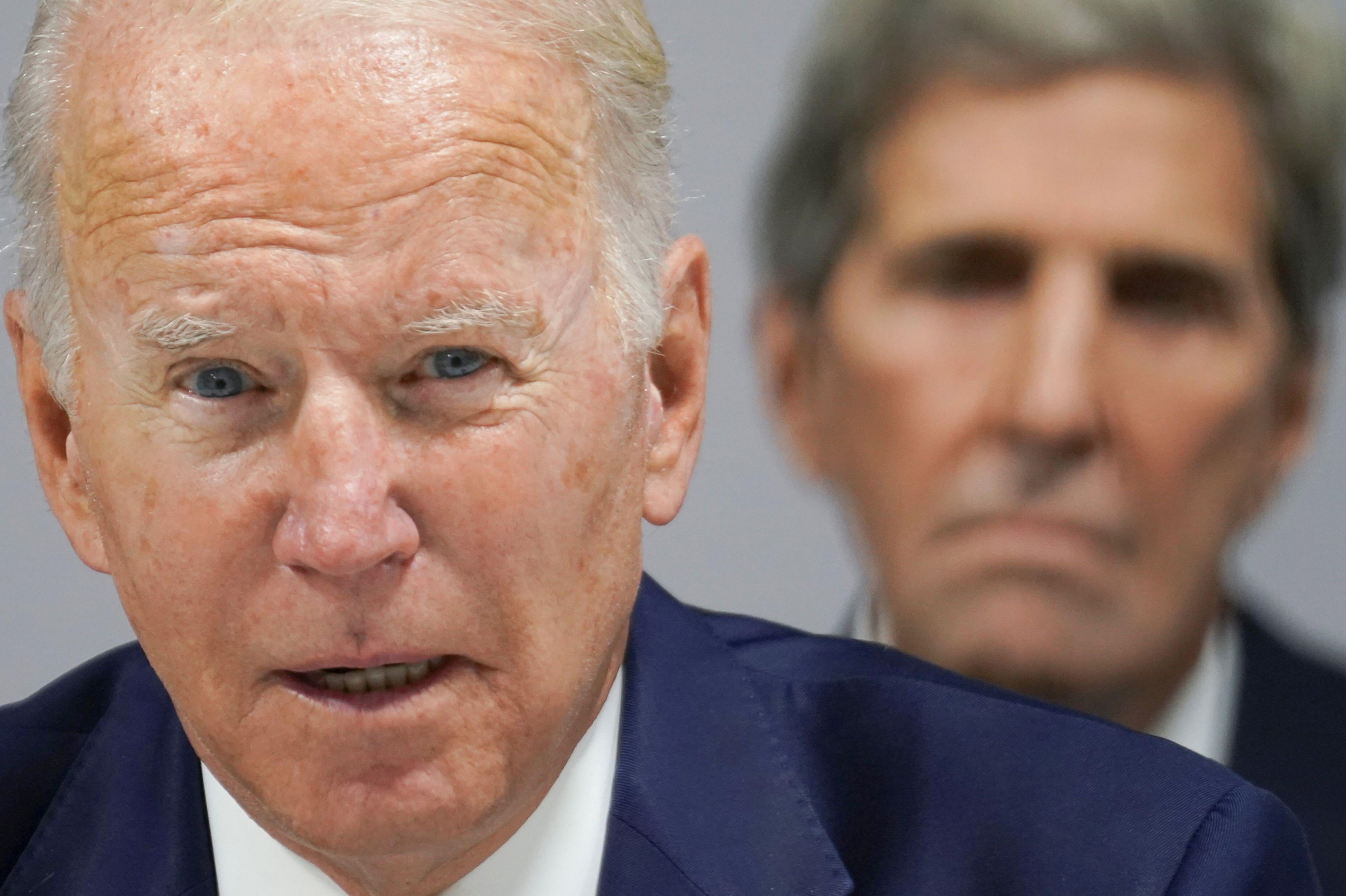 The United States committed today with other countries to stop financing fossil fuel projects abroad by the end of next year, in a seismic shift that could stem the construction of natural gas and oil facilities in lower-income nations.

The pledge, announced at the global climate summit in Glasgow, Scotland, could take billions of dollars away from future fossil fuel production and redistribute it to low-carbon energy projects such as wind and solar. The agreement covers “unabated” projects, which generally refers to fossil fuel facilities that don’t capture carbon dioxide emissions.

“The signing of this statement represents a step forward very much in the right direction,” said Jonathan Wilkinson, Canada’s minister of natural resources.

The announcement goes beyond a separate agreement by the world’s largest economies last weekend to end public financing for international coal power development.

But the organizers of today’s commitment failed to attract every nation in the Group of 20, meaning some of the biggest financiers of fossil fuels, including Japan, South Korea and China, could continue building oil and gas infrastructure abroad.

And it only covers new investments, so projects already in the pipeline would continue to be built. The pledge does not include liquefied natural gas — which countries produce domestically and export to be burned outside of their borders. U.S. exports of LNG have surged in recent years.

In addition to the U.S. and U.K., signatories include Costa Rica, Denmark, Canada, Italy and Mali. Several development banks also signed the agreement, including the East African Development Bank and the European Investment Bank.

Natural gas is considered a lower-carbon fuel than coal and proponents argue that it can serve as a bridge fuel in countries that are trying to bring more clean energy online as they expand electricity access to populations without it. Environmentalists say burning any fossil fuel is harmful, and fails to abide by the commitments countries made to limit global warming.

That the pledge was embraced by developing countries sends a message that renewable energy can help poorer nations strengthen their economies, said Maria Pastukhova, a senior political adviser at E3G in Berlin.

“It’s just a very powerful signal that a prerequisite and a priority for sustainable growth and economic development are really not investments in fossil fuels but investments in clean energy,” she said.

Justin Guay, director for global climate strategy at the Sunrise Project, said it’s one of the more meaningful announcements he has seen amid a flurry of pledges and agreements rolled out at the annual climate conference, known as COP 26.

“Given how important public finance is for de-risking and crowding in private capital for fossil fuel projects, especially in emerging markets, it’s quite a big deal,” he said.

Between 2018 and 2020, G-20 countries and the multilateral development banks they support provided $63 billion a year on average in public finance for international fossil fuel projects, according to a recent report by two environmental groups, Friends of the Earth and Oil Change International. About half of that went to gas projects.

The top four financiers — Canada, Japan, Korea and China — provided nearly half of that amount. The United States was fifth.

The U.S. has been a large contributor to oil and gas projects historically, said Guay. Recently, its investments have been smaller because the Export-Import Bank — the official U.S. export credit agency — has been prevented from funding fossil fuel projects overseas because it lacks a quorum.

That means there’s a backlog of projects that won’t be funded following this announcement, he noted.

A preliminary estimate from Oil Change International found that the deal could shift around $15 billion in fossil fuel finance to clean energy. That might look modest compared to what has been channeled into fossil fuels, said Pastukhova of E3G.

“But this is a start – and a much-needed start.”

Today’s announcement expands on an Obama-era policy to end public international coal financing. At the time, there was no global consensus that coal had to go, Guay said.

“Fast forward to today and every other announcement in Glasgow feels like it’s about retiring coal, phasing out coal, moving beyond coal,” he added. “When you think about it with that lens, I think this is an important start to the process that will lead to the world moving beyond oil and gas.”

The U.S. has made gradual moves to end financing for fossil fuel development outside its borders. In August, the Treasury Department issued guidance for multilateral development banks that was aimed at squeezing off fossil fuel financing except in certain circumstances (Climatewire, Aug. 17).

At the same time, the Biden administration has come under scrutiny in Glasgow for not having passed the landmark climate legislation it has been touting. Guay said joining today’s agreement may have been seen as one of the few place where the U.S. could unilaterally act without the support of lawmakers like Sen. Joe Manchin (D-W.Va.), who has slowed Biden’s legislative agenda in Congress.

It may not be without geopolitical implications, said Pastukhova, from E3G. A lot of U.S. government financing for oil and gas goes to middle-income countries in Eastern Europe, as a way to reduce Russian gas imports, she said.

The announcement comes as Denmark and Costa Rica launch the Beyond Oil and Gas Alliance, and as more countries and financial institutions sign up to an alliance to phase out coal globally.

A separate initiative launched by the U.K. this morning commits members to end all investment — domestic and international — in new coal power.

The Global Coal to Clean Power Transition covers a coalition of 190 countries and organizations, including 23 nations that committed today to phase out coal power. Indonesia, the world’s largest coal exporter, and Poland, the E.U.’s major coal-powered economy, were among them.

“This announcement moves the goal posts of ambition from ‘no new coal’ to ‘phasing out coal’ altogether,” said Dave Jones, an analyst at climate and energy think tank Ember, in a statement.

Ending fossil fuel subsidies is seen as another move that could help contain global warming. But that’s trickier. Despite pledges to move toward net zero by midcentury, G-20 countries have continued to subsidize fossil fuel production and consumption.

A report by BloombergNEF found that G-20 nations provided nearly $600 billion in fossil fuel subsidies and other financial support in 2020. The countries also allocated more than $100 billion in stimulus funding to oil, gas and coal projects.

In the past, when governments adjusted gasoline prices or lowered electricity subsidies, “that’s when you’re most likely to have people showing up in the streets in yellow vests,” said Ethan Zindler, head of the Americas at BloombergNEF. “Because they so obviously affect consumers’ pocketbooks, they’re often the most difficult to scale back.”

In addition to phasing out support for fossil fuels, countries will also need to put a price on carbon emissions and disclose their climate risks, the report said.