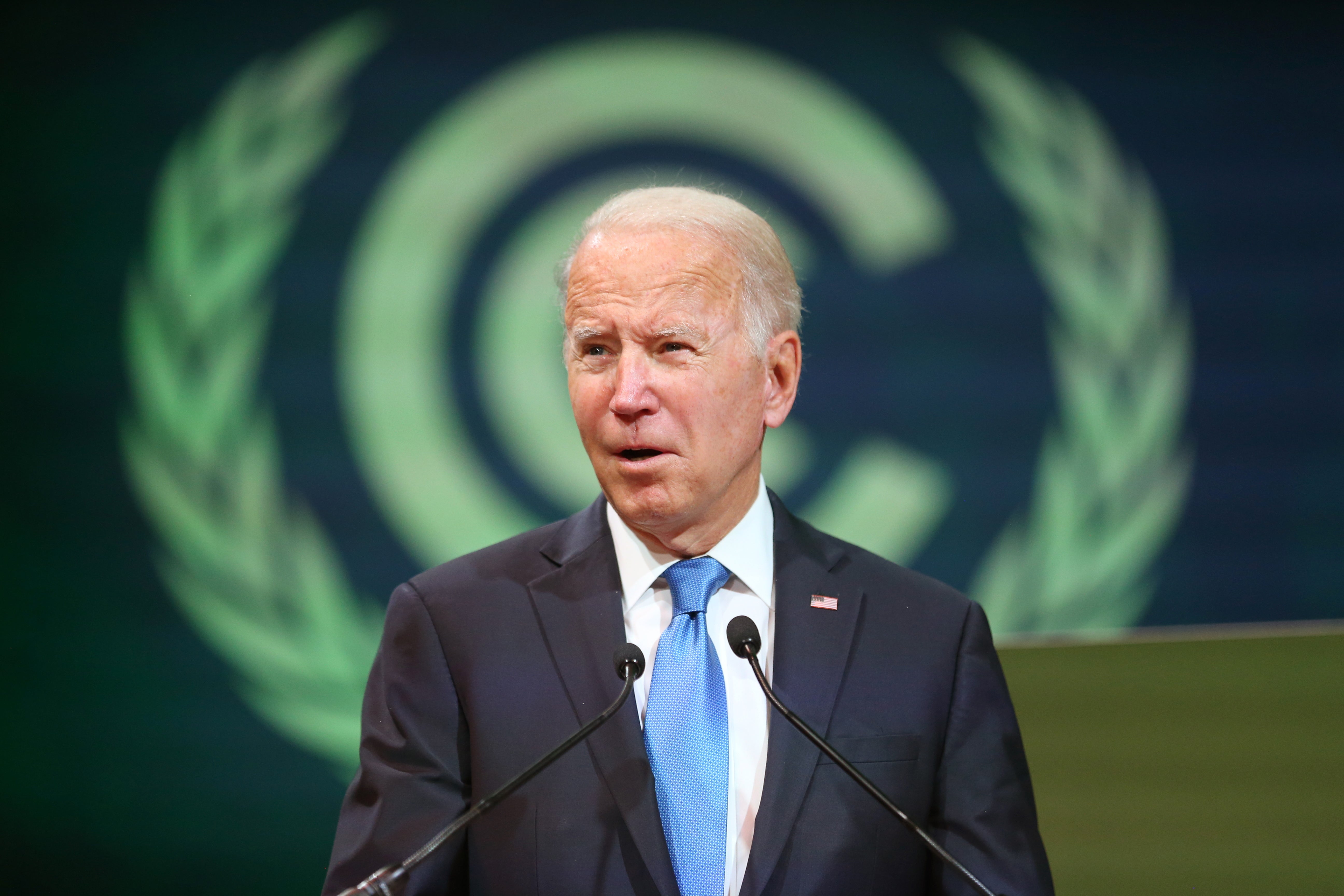 EPA’s long-awaited rules cracking down on oil and gas methane will debut today in Glasgow, Scotland, forming the centerpiece of a U.S. offensive against the second-most important greenhouse gas.

The proposed rules will cover new and existing infrastructure across the petroleum supply chain—including production, processing, storage and transmission.

The administration has chosen the United Nations summit, known as COP 26, as the backdrop for the rollout of a broader methane initiative that includes the EPA draft rules plus actions by the departments of Energy, the Interior, Housing and Urban Development, and other agencies.

Today is “methane day” at the U.N. climate conference in Scotland’s largest city.

“As global leaders convene at this pivotal moment in Glasgow for COP26, it is now abundantly clear that America is back and leading by example in confronting the climate crisis with bold ambition,” EPA Administrator Michael Regan said in a statement.

Regan is one of 12 senior administration officials who will travel to the conference with President Biden, who rounds out his two-day visit today.

Biden used his address yesterday in the conference’s plenary hall to trumpet renewed U.S. climate leadership, including spearheading with the European Union the so-called Global Methane Pledge. Administration officials told reporters yesterday that 90 countries have now signed up to cut their emissions from a variety of sources 30 percent by 2030.

“The U.S. is showing the way here in terms of methane reductions,” said a senior administration official.

This isn’t the first time EPA has regulated oil and gas methane, but these rules are more aggressive and comprehensive.

The Obama EPA promulgated a rule in 2016 that covered methane emissions from new sources across the oil and gas supply chain. But today’s package for the first time covers oil and gas infrastructure that predates 2015. Those sources contribute the overwhelming majority of the sector’s methane emissions.

The two-rule package goes much further than a Trump-era replacement standard for new production and processing operations only, and which was thrown out in court and removed via a rarely used congressional veto.

The administration official said it would cut the sector’s methane output by about 75 percent.

The administration will also announce today that the Interior Department will introduce a new rule limiting venting and flaring during natural gas production on federal lands.

The Pipeline and Hazardous Materials Safety Administration will propose a series of rules that “will significantly cover their 3 million miles of pipelines,” the administration official said.

Safety regulations being rolled out today by the PHMSA will include 400,000 miles of previously unregulated gathering lines, he said, with stepped up requirements for inspection and repair.

The EPA rules, which Biden included in his “Day One” executive order on climate change, requires more frequent inspections for leakage than were included under the Obama administration’s rule, and they mandate the use of more advanced emission-reducing equipment.

EPA said last night that it will include a comprehensive monitoring program for new and existing well sites and compressor stations, a requirement for zero-emissions pneumatic controllers, and a crackdown on venting of gas in oil production.

Today’s actions come as Congress continues to mull enactment of a new fee on energy-sector methane.

While the fee has little industry support, large segments of the oil and gas sector in recent years have gotten behind direct federal regulation of methane in their operations.

But there is little industry support for a levy on methane emissions.

“I don’t think it adds to the effectiveness of the regulatory program,” said Lee Fuller, executive vice president of the Independent Petroleum Association of America. He added that there was an “inequity issue: our methane emissions versus everyone else’s.”

Other sectors like landfills and agriculture also release methane. But environmentalists and the administration stress that by increasing the amount of gas it can carry to market, oil and gas stands to make cost-effective—or even cost-positive—reductions.

“I think we’re starting with the sector where there’s a much clearer understanding of the options to solve this problem and the cost and effectiveness of those solutions,” said John Coequyt, U.S. government director for RMI. “And then there will be a move to broaden that and begin to address all sources of methane emissions.”

Thirty percent of U.S. methane comes from oil and gas production, from well to wheel. And methane is second only to carbon dioxide as a driver of climate change—responsible for at least a quarter of today’s warming.