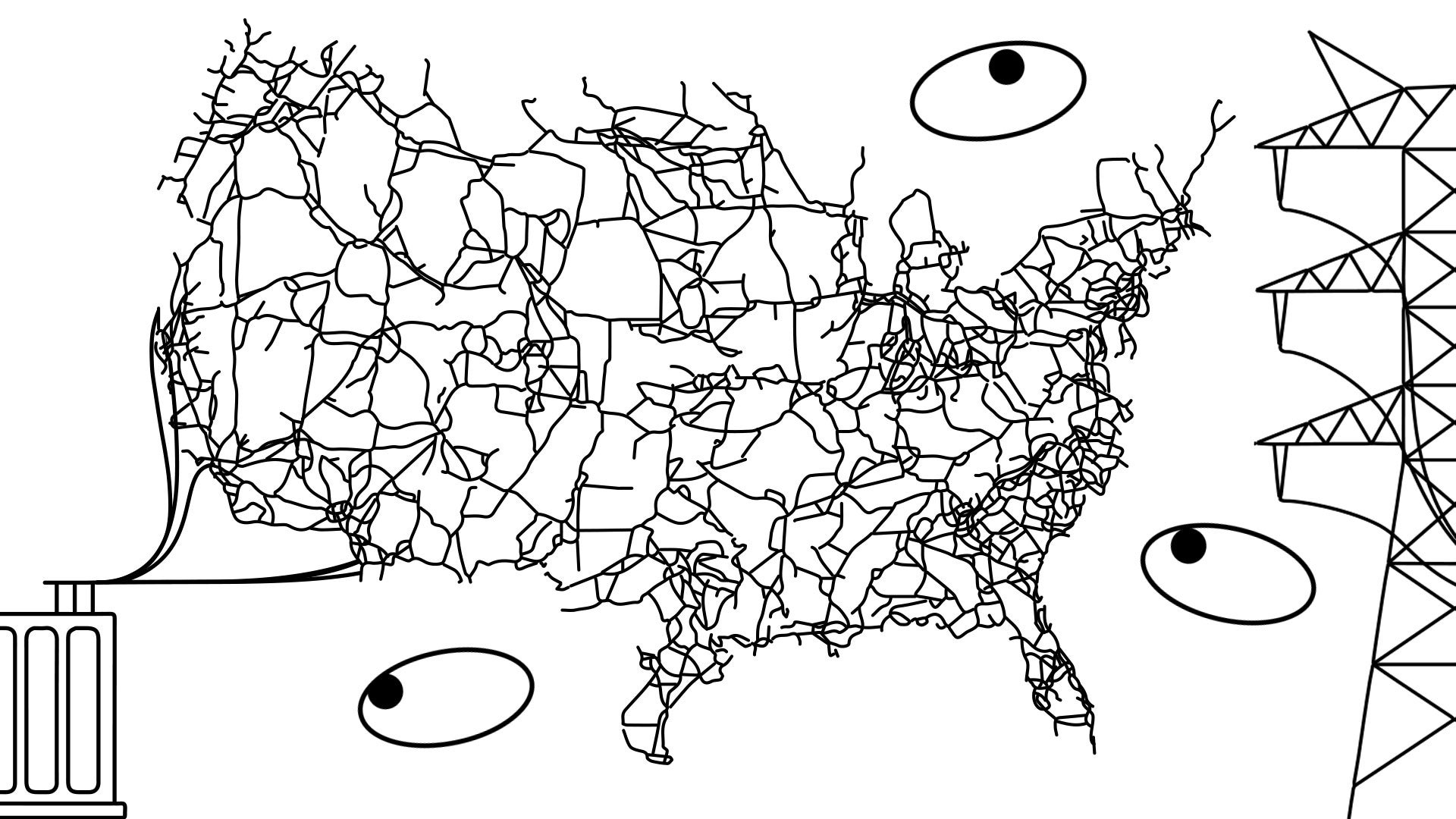 What would you do if your electricity was suddenly cut? What if you didn’t have power for days or weeks? What if no one in the city or the state you live in had any power either?

The possibility of a massive, extended blackout may sound far-fetched, but recent events show there are reasons for concern.

In February 2021, an electric grid failure in Texas caused more than 4.5 million homes and businesses to lose power. Months later, wide-scale droughts and wildfires threatened the western US with rolling blackouts.

In 2021 the American Society of Civil Engineers gave our energy sector a C– grade. It stated that the “majority of the nation’s grid is aging, with some components over a century old—far past their 50-year life expectancy—and others, including 70% of transmission and distribution lines, are well into the second half of their lifespans.”

But what is the power grid exactly? And how might making it “smart” help to protect us all from the shock of widespread power failure?

The grid is a chain of interconnected machines spanning North America. Power moves down that chain from generators (such as turbines and solar arrays) to very high-voltage transmission lines, to lower-voltage distribution networks, to your outlets, lights and electric-vehicle-charging station.

Grid operators have to constantly monitor supply and demand to make sure they’re equal: if there’s an imbalance, it can end up damaging power plants. To avoid that, utilities can respond in various ways, like so-called load shedding: automatically disconnecting some people’s power. Or if supply and demand get really misaligned, generators may turn off to avoid damage, which can lead to a chain reaction of “cascading outages,” or a blackout.

With new energy sources such as wind and solar power, maintaining a steady balance gets even more complicated. This is because power from these sources is inconsistent.

“Smart grids” sense small imbalances faster, making adjustments so problems don’t get larger. They use sensors to constantly measure the status of different parts of the grid, and a series of devices that control the current flowing through different points. The sensors and controllers are run by computers that make automatic adjustments to maximize efficiency.

Before going too deeply into how our electrification system can evolve, it helps to know where it started.

He built the first central power plant in the country at 255–257 Pearl Street in New York City. The small grid it powered in lower Manhattan initially served about 80 customers, providing electricity to 400 lights.

Edison was devoted to direct current, or DC, where power flows in one direction. But his DC system had limitations because of its low voltage, which meant that the power station could only move current to lights up to a half-mile away.

Famous inventor and scientist Nikola Tesla thought Edison was wrong. He pushed for an electric grid powered by alternating current, or AC, where power regularly flows back and forth across a line.

AC grids are hard to set up because every generator has to be perfectly synchronized, producing electricity with equal frequency, voltage and phase.

The two would be locked for years in what was called “war of the currents.”

Tesla won in the end, aided by the invention of electrical transformers, which transform AC to a higher voltage for more efficient transport over long distances and then reduce the voltage for safer household use. This was much harder to do with direct current.

Most urban regions in the U.S. had power by around 1920. For the vast majority of rural Americans, this did not begin until the 1930s. Because it was so expensive to build power plants and lines, state governments let power companies form monopolies over large areas in exchange for connecting everyone to the grid.

During World War I, when some cities overwhelmed their generation capacity with military production, regions started connecting their power systems to pool resources. That linking process continued until North America ended up with five power grids: eastern, western, Quebec, Alaska and Texas, which chose to keep its grid separate.

Starting in the 1970s, Congress began to open power lines to companies that could generate cheaper electricity. And many utilities started getting their power from more distant sources.

The delivery chain was never built to handle these loads, and no one had an incentive to upgrade shared power lines. This became a big problem by the early 2000s.

In 2003 overgrown tree branches knocked out some power lines in Ohio. The failure cascaded, and 50 million people lost power.

That emphasized the need to improve real-time monitoring across the grid—which would help check for the warning signs of an impending blackout so the system could automatically prevent failures or contain them to small areas.

In 2007 Congress called for developing a “smart grid”. Since then, it has spent billions of dollars on new infrastructure with the ultimate goal of fully deploying a smart grid system.

In addition to more sensors and controllers, many smart grid models use a microgrid structure. This design can supply power to small communities while being interconnected to the larger network. When a line goes down, the microgrid around it can be isolated, so the blackout stays within that small area instead of cascading more widely.

More reliance on renewable energy also increases the need for big storage batteries that can quickly be turned on and off to balance supply and consumption even when it’s not sunny or breezy enough to meet demand.

A smart grid, though, can only do so much. Engineers also need to make individual generators more resistant to disaster, especially because severe weather is happening more often, thanks to climate change. Individuals can also make their homes more energy-efficient.

Smart grids have some vulnerabilities. By connecting all of our electrical systems to computer networks, many of which are designed to be controlled remotely, security experts say we’ve placed ourselves at high risk for potentially disastrous cyberattacks.

Russian hackers have managed to break into American power companies at least once. And utilities are still trying to figure out how extensively their systems may be compromised.

But we shouldn’t necessarily blame smart grids. Hackers can target generators even if they aren’t directly connected to the Internet.

Once complete, a smart grid should be much more secure than our current infrastructure, given its focus on reliability and backup sources. Such grids promise a more reliable and economical electrical infrastructure, hardened against outside threats.

Our daily digital life has become even more power-hungry, given the ever increasing number of connected devices we use. Most of us probably don’t think much about where that power comes from. Losing it suddenly—and unexpectedly—would come as quite a shock indeed.